Ten-man Spezia Calcio held on until the dying seconds as they were defeated 1-0 by AS Roma in Serie A (SA) following Tammy Abraham’s winning penalty, as Mourinho’s side ended a run of three consecutive league draws to snatch the three points.

The ‘Giallorossi’ were without manager José Mourinho, as he was serving a two-match touchline ban following his sending off last week. Roma began the game on the front foot, and were not far from taking an early lead when Gianluca Mancini’s free header forced a reactionary save from Ivan Provedel. Spezia had already been on the receiving end of ten defeats against the current top-nine SA sides this campaign, and were hoping their fortunes would change, as they looked to starve off being sucked into a relegation dogfight.

Nevertheless, Roma proceeded to dominate and Tammy Abraham came close to breaking the deadlock as he skillfully worked his way into the box, but the resulting strike flew inches wide. Thiago Motta’s outfit frustrated Roma and kept them at bay, but were dealt a huge blow on the stroke of HT, when Kelvin Amian received a second yellow card following a dangerous challenge in the middle of the park.

The game was Roma’s for the taking after the break, and Abraham saw his glancing header go wide of the post, as the three-time SA winners pushed for three points. Bryan Cristante fired towards goal moments later, but his wicked effort rattled the post, as the away side sensed it was just a matter of time before the ball hit the back of the net. The ‘Aquile’ continued standing their ground and hit Roma on the counter just before the hour-mark, however, M’Bala Nzola’s stab at goal was easily collected by Rui Patrício.

More chances went begging as Provedel thwarted Roma once again, and 10-man Spezia began to believe they could take something away from this fixture. In heartbreaking fashion, Roma were awarded a dramatic penalty deep into stoppage-time as the referee used VAR to check a foul in the box. Abraham then duly slotted the ball home to send the away side into a European berth, as Spezia recorded their third defeat in a row. 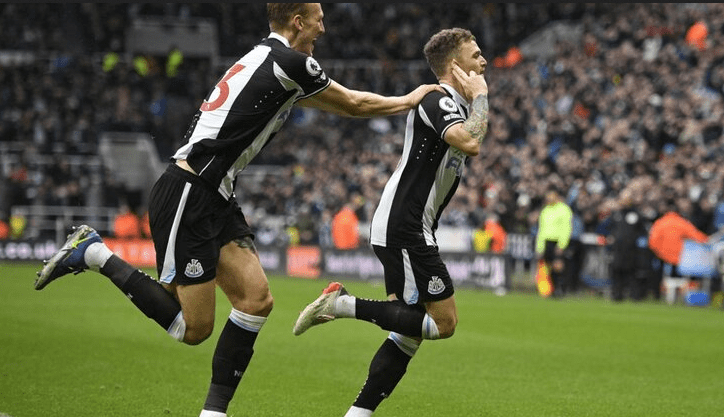 Three on the spin for Trippier-inspired Toon