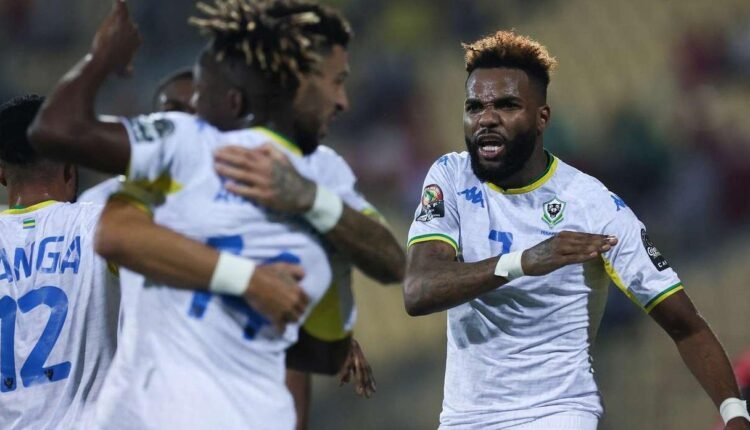 Comoros could not get a fairytale win on their African Cup of Nations debut as they slipped to a 1-0 defeat to Gabon, with Aaron Boupenza’s first-half strike enough to get the two-time quarter-finalists off to a winning start.

Gabon, who were without Arsenal striker Pierre-Emerick Aubameyang following a positive coronavirus test, did not see much of the ball in the opening quarter of an hour, but they proceeded to stun Comoros when taking a 16th-minute lead through Boupendza. The Al-Arabi forward scored from what seemed like an impossible angle, somehow squeezing home into the far top corner from inside the area.

‘Les Coelacantes’ struggled to find a response. In fact, neither team could muster much momentum in a stop-start half littered with free-kicks and injuries. The minnows did force some brief moments of panic with some dangerous crosses into the box, but none of them resulted in a shooting opportunity.

It took until the final 20 minutes for the game to really spring into life. Gabon had been happy to let their opposition do all the running as they played on the counter, but they finally ventured forward through Denis Bouanga, with his mazy run resulting in a fierce shot that was beaten away. Comoros then came close to an equaliser at the other end as substitute Moussa Djoumoi had a low shot fumbled around the post by Gabon goalkeeper Jean-Noël Amonome, who looked suspect between the sticks throughout the evening.

Bouanga then forced another save from Ali Ahamada and Ulrick Eneme-Ella had a goal ruled out for an infringement, but it made no difference to the end result as Gabon moved joint-top of Group C with Morocco, who beat Ghana 1-0 earlier. Patrice Neveu’s men next face the ‘Black Stars’ on Friday, while Comoros will have to regroup ahead of their clash with Morocco on the same day.