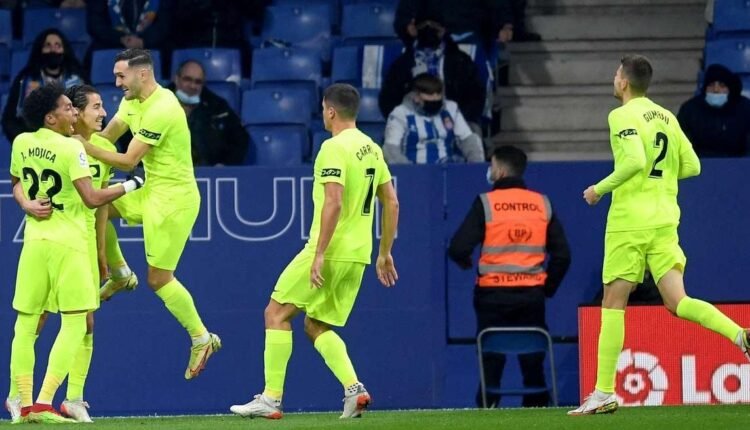 In a feisty affair, Elche defeated Espanyol 2-1 at the RCDE Stadium, seeing ‘Los Periquitos lose at home to ‘Los Franjiverdes’ in La Liga play for just the second time in their last 20 tussles in Barcelona.

Despite being hemmed into their own half for the opening five minutes, it was Elche who broke the early deadlock against the run of play. With their first attack into the Espanyol box, Tete Morente fizzed the ball across the face of goal and picked out his fellow winger Pere Milla darting to the back post, who arrowed the ball into the roof of the net to give the visitors a lead in just the sixth minute. It quickly went from bad to worse eight minutes later for ‘Los Periquitos’ when Milla nodded home his, and Elche’s second from point blank range after being picked out by a stellar Johan Mojica cross, leaving questions to be asked of the Espanyol defense.

The hosts were gifted a chance to pull themselves back into the match when Gonzalo Verdú was judged to have taken down Keidi Bare in the box, and the referee awarded Espanyol with a penalty-kick. The subsequent spot-kick was emphatically struck home into the top corner by Espanyol talisman Raúl De Tomás, cutting Elche’s lead in half with the final kick of the first half.

The second half proved to be not nearly as dramatic as the first, despite Espanyol pushing to find the leveller after receiving the late first half boost. A flurry of half-chances, with no real threat to either goalkeeper, were the main moments of note. Yet, Elche will be delighted that the second period did not reach the same levels of energy as the first, and the visitors took their lead all the way to the end to pick up a crucial victory in Barcelona.

The away win will be met with unbridled joy in Elche as ‘Los Franjiverdes’ picked up their second win in their last five matches, and more importantly pulled themselves out of the relegation zone with the pivotal three points.