With a little bit of Luuk, Barca make it through the night 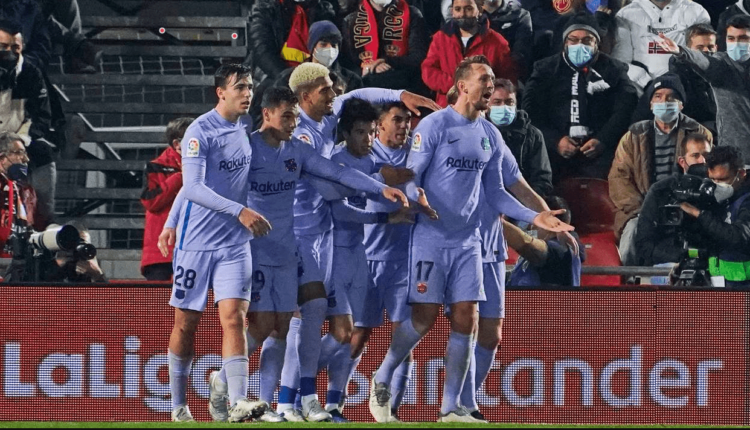 Barcelona recorded their second away win of the La Liga (LL) season, with Luuk de Jong netting the winner in a tense 1-0 win over Real Mallorca at the Visit Mallorca Stadium.

At the ground Xavi Hernández scored his first Barcelona goal in 1998, the Catalan giants, depleted by a mixture of covid, injuries and suspensions, escaped the island of Mallorca with a victory. Without 16 first-team players, Xavi’s men were left largely frustrated by a defensive performance from the hosts, who themselves were playing with a squad drained by covid absentees.

And, despite both side’s request for the game to be postponed, the match went ahead. The result: a lifeless affair that lacked quality, action and looked to be heading into the break goalless, as Barcelona wasted a few half chances – the best of which saw Ilias Akhomach’s strike well-saved.

But then Luuk de Jong changed the tide, with almost all of the game’s action happening inside a matter of minutes. The striker, who has largely cut an isolated figure since Xavi’s arrival, rattled the post and then the bar with an acrobatic volley in quick succession, before he was rewarded for his efforts to entertain. He headed home his second of the season, as Barcelona broke the deadlock seconds before the break.

Sometimes goals change games, but this match continued to be rather forgettable, limping to its conclusion, with a second 45 minutes somehow worse than the first. Mallorca, who had previously only lost one match at home, offered little offensively, bar a late header that sailed over, as they slumped to an eighth consecutive defeat to Barcelona.

Still, the visitors, who haven’t lost in this fixture since 2009, were hardly much better themselves, and saw Marc-André ter Stegen preserve all three points with a miraculous save in added time. But, football is a results business and with victory Barcelona go fifth – one point shy of the Champions League spots.

National Elephants march past The Flames